So, music! Bands and the songs they sing. Sarah Palmface and I went to Bonnaroo 2011, just like we said we would! Let’s talk about it! Lots of pictures! C’mon! 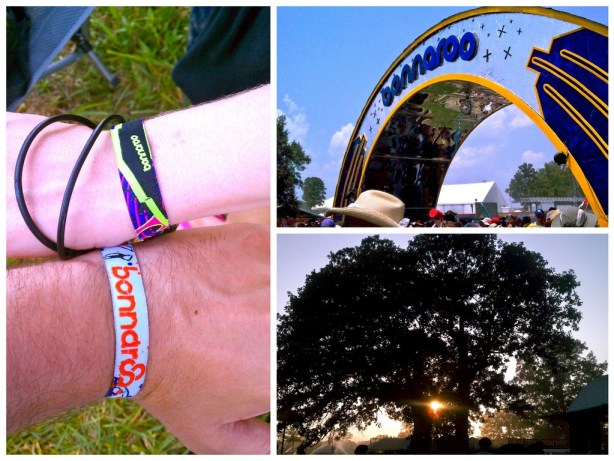 Groups of popular people you respect and know in abstract ways got up in front of other people you don’t know and did the things they’re best known for doing. It was just what you thought it would be. Sounded great! Looked even better because damn, there they were. 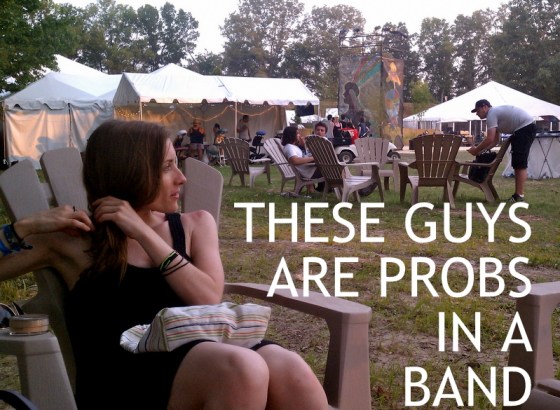 Here’s a picture of Mumford & Sons performing on the Which Stage as seen from the safety of the media compound. [NOTE: It was way crowded on the other side of that fence — like wall to wall human bodies. More crowded than usual. And I was still really into preserving my life / feet after nearly being trampled at Sleigh Bells Thursday night, so.] 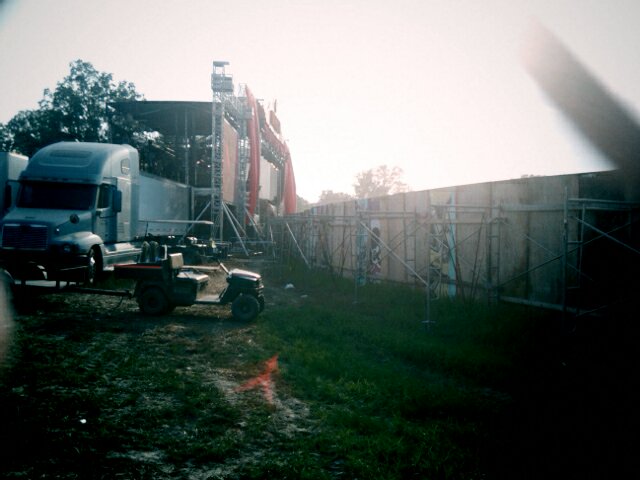 Anyone can tell you about the sets, I guess. And this makes talking to you about going to Bonnaroo very, very much like dancing about architecture. You already know that. 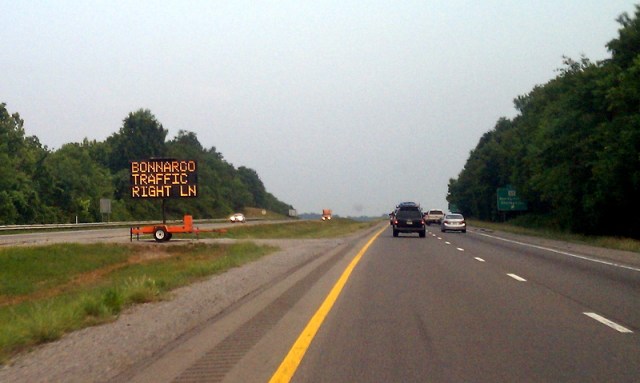 You have to promise you’ll go next year.

I’m probably biased, given that I grew up swimming in this humidity under those trees, but let’s pretend my affinity is about something else. The lineup, for example. That’s a familiar place to start. The variety at Bonnaroo is just silly: Lil Wayne, Mumford & Sons, Buffalo Springfield, Primus and Grace Potter? They have literally thought of a band for every member of your family, right up to your grandparents.

Not only does this draw fans from all over the genre spectrum, but it also serves to blow your freakin’ mind when you stop to think about ALL THE MUSIC IN THE WORLD. Tinariwen was there! What the fuck. The world is full of SO MUCH music. Music is weird, right? It’s everywhere and it’s inextricably tied to cultures and has such a rich history and an uncharted future and JUST WHOA. This world of music is crazy, you guys! And there it was – four days’ worth of it. 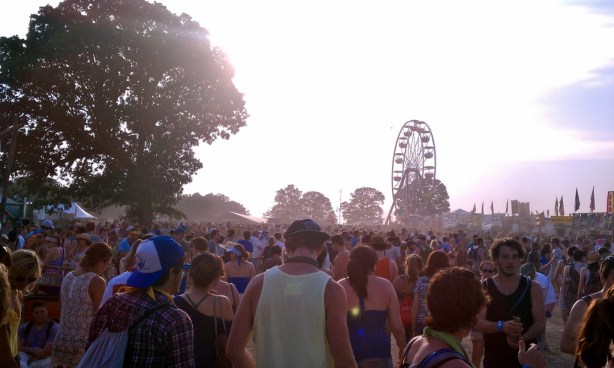 When you’re hunting down the Samosa Man booth under the blazing midday sun, it’s easy to forget that you’re on a farm with 80,000 other people because good grief where is the samosa booth seriously are we even going the right way? But then it occurs to you out of nowhere: THERE ARE SO MANY PEOPLE HERE. You can’t even wrap your head around 80,000 people. That’s like, a whole city. Then you think about how all 80,000 of them made the conscious decision to leave behind their families, friends and fully-functioning air-conditioners to spend five days hiking around a 700 acre farm covered in their own filth. 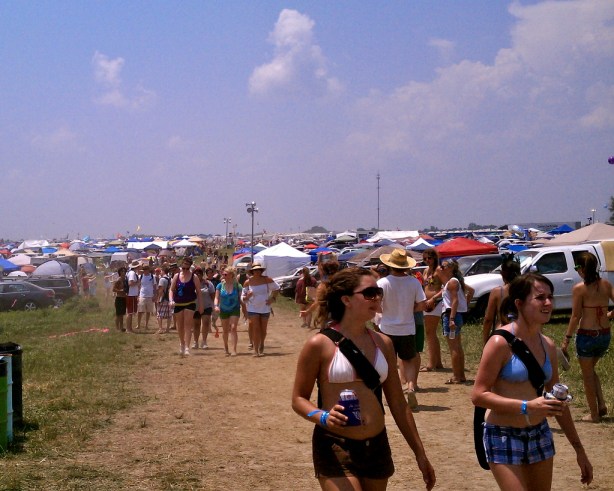 I mean, humans have been constructing ways to stay cooler, cleaner, dryer and more comfortable for thousands of years, and here we are purposely giving all of that up in the name of — what? Music? I don’t think so. We could see those bands anywhere. The novelty of lineup diversity? Tofu tacos? Nature? Drugs?

No of course not! It’s the shared experience! It’s the fact that I can say ‘Bushy Branch’ and your heart swells a little because you’ve been there. It’s borrowing your neighbor’s mallet, being chased down for a quarter mile because you dropped your shirt, walking back to your truck to get tampons for a girl you’ll never see again. It’s sleeping in the dirt because you’re tired, not pitiful; wearing next to nothing because of the weather, not fashion; giving some guy your leftover fries because you can’t eat them, not because he can’t afford them. 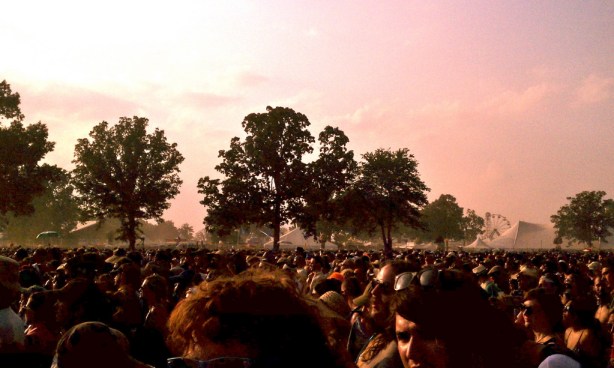 We need this reminder that we’re still here — under all these hair products and hoodies and bachelor’s degrees and disappointments and victories, we can still find ourselves in each other. Like, we still have it in us, and they still have it in them — the ability to really appreciate and respect the living hell out of each other, in case you’d forgotten. And it’s easy to forget, truthfully.

So that’s what Bonnaroo is to me. It’s maybe something different for you. You should go next year and find out.

Next: More Photos, Favorites and Feelings
Including “Things We Did Right”