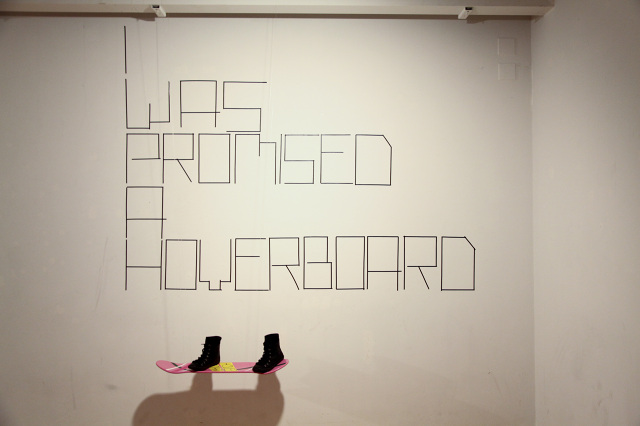 Wex draws from pop culture by deconstructing tv shows from the 80s and 90s — like, literally. She breaks it all down by pixels and color, and then reconstructs them using a custom-made system that was built using a programming language called ‘max/msp/jitter.’ “It all sounds pretty intense,” she says, ” but also, I’m looking to subvert the meaning of this material in a way that will make what it is seem meaningless.

Beth is interested in exploring the human condition, particularly within media saturated cultures. By using elements familiar within pop-culture – teevee shows, bright colors and pop music – she creates work that references the familiar while also leaving room for exploration and question. As an allusion to temporal transformation and a desire to point to a perpetual state of change she tends to work primarily with time-based media. Utilizing tools for video and sound she deconstructs instances of time only to reconstruct alternate possibilities. Other areas of interest are the transference of media such as turning data from video sources into sound or using frames of video on three dimensional cultural artifacts. In an attempt to create pieces that are unique, her work is created through a series of processes that are then applied in real-time systems, which often lend themselves to performance.

Slice, dice, cut, remix, mash, confuse, distort, destroy, rebuild, repeat. These verbs aptly describe what I do to media when I approach it creatively; mindfully revolting against the stronghold it had on me in my much more passive youth. Gathering source material from pop-culture – or, the pop culture that I once knew and have been influenced by, as if suspended in time, stuck in the 90’s – I’m now interested in dissecting it, showing my appreciation for it by using and abusing it, and so rebelling against the cycle within which it exists. 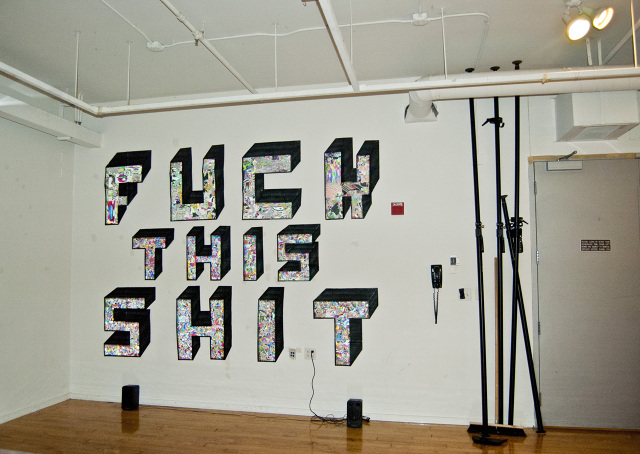 With her pieces "I Was Promised a Hoverboard" and "Fuck This Shit" Wex draws from the language of pop culture.