On Monday, the American Bar Association (ABA) voted in favor of Resolution 113A, which calls for federal and state lawmakers in the U.S. to restrict the “gay panic” and “trans panic” defenses. 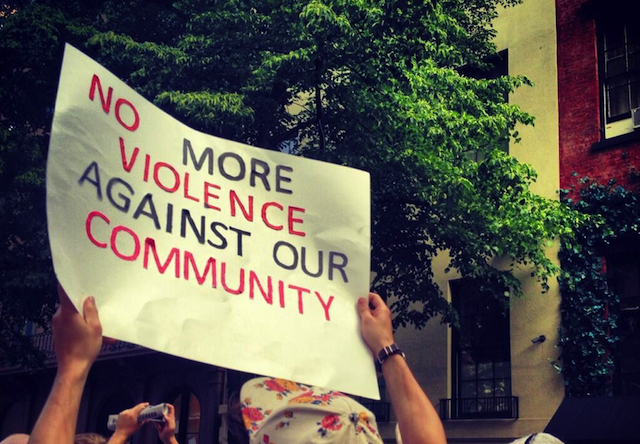 The “gay panic” defense has an unfortunately long and well recorded history in American courtrooms. While reporting on 15-year-old Larry King’s murder, we mentioned how “gay panic” has been used in defense of Jonathan Schmitz, Joseph Mitchell Parsons and Matthew Shephard’s attackers. Brandon McInerney, the classmate who shot and killed King, also attempted to use the “gay panic” defense before he eventually pleaded guilty to second degree murder and voluntary manslaughter.

“Gay panic” has been most commonly used to claim that unwanted sexual advances from gay men naturally provoke heterosexual men to commit murder, and that they therefore cannot be held responsible for violence in those cases. “Trans panic” follows the same warped logic and has been used in cases where heterosexual men claim a woman’s trans* history or identity (especially if they felt it wasn’t clearly disclosed enough before engaging in sexual activity) “threatened their sexuality and self-image” to the point of committing murder. The “gay/trans panic” defense argues that it is the victim’s identity, and not the perpetrator’s bigotry, that is at fault for the crime — this is victim-blaming in action and institutionalized. The defense is based on the idea that, based on heteronormativity and cisnormativity, someone’s LGBT identity can be so shocking as to send an otherwise reasonable person into a state of temporary insanity characterized by unusual violence. This defense is not officially considered a legal defense — it’s just a bigot’s way of going for a “temporary insanity” or “diminished capacity” angle.

It is quite noteworthy that a concept which excuses violence as a response to unwanted sexual advances has been historically used to defend heterosexual, cisgender men.

In 2006, California became the first state to limit the use of the “gay panic” defense in criminal trials. The state revised jury instruction to ensure jurors understood they had a duty to “operate free from bias” and that “a defendant’s prejudice against his victim cannot affect their deliberations.” This measure came as a response to the 2002 murder of Gwen Araujo, where the men who beat and choked her to death claimed to have been blinded by rage after learning she was a trans woman. Jury instruction in California now covers the fact that “gay panic” defense contradicts state laws that protect LGBT people from discrimination. 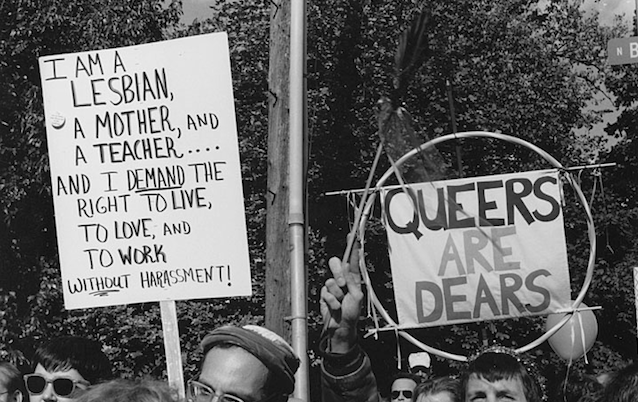 The ABA Resolution 113A, which was unanimously passed by the ABA House of Delegates, encourages lawmakers to follow in the steps of California. The resolution urges for “legislative action to curtail the availability and effectiveness of the “gay panic” and “trans panic” defenses,” including:

a) Requiring courts in any criminal trial or proceeding, upon the request of a party, to instruct the jury not to let bias, sympathy, prejudice, or public opinion influence its decision about the victims, witnesses, or defendants based upon sexual orientation or gender identity; and
b) Specifying that neither a non-violent sexual advance, nor the discovery of a person’s sex or gender identity, constitutes legally adequate provocation to mitigate the crime of murder to manslaughter, or to mitigate the severity of any non-capital crime.

ABA President Laurel Bellows explains that this measure “gives the lawyers facing [the “gay panic” defense] the power of the ABA to indicate we don’t believe this is a viable defense.” The measure has immediate relevance as the “gay panic” defense is currently being used in the murder case of Marco McMillian, an openly gay mayoral candidate in Mississippi found dead earlier this year.

While ABA’s official rejection of the “gay/trans panic” defense is particularly relevant to those in the legal field, one hopes their stance will carry a message that goes beyond the courtroom. D’Arcy Kermnitz, executive director of the National LGBT Bar Association, explained this defense represents “the notion that LGBT lives are worth less than other lives.” After reading through transphobic and homophobic media reports that blame a victim for their own murder, it’s always encouraging to learn that more people and institutions in the U.S. are willing to call bullshit on homophobia, transphobia and victim blaming all at once.

Araguaney has written 1 article for us.