+ A few things you need to know about Gaby Hoffmann: she didn’t realize how big of a deal Now and Then was to a generation of queer women, that’s A. B, she’s still very attracted to women. THAT’S RIGHT, KID. Your Gaby Hoffmann vibe was correct. I hope you’re feeling very proud of yourself right now. Transparent Star Gaby Hoffmann Is Battling The Binary.

Did you have a similar period of experimentation?

Oh, yeah. When I was a teenager, the first week I had sex with a guy, I also had sex with a girl. I’ve never really had a relationship with a woman, but I’ve certainly had lots of fun sexual dalliances with women. I grew up in New York City in the ’80s, so I never saw the big deal with that fluidity. I was like, “Sure, sex with you, sex with you…” I’ve basically been married for 11 years now—we’re not married, but we have a child—so those times feel long ago. But I’m still very attracted to women.

+ Lena Waithe: There Are More Donald Glovers, Sterling K. Browns, and Lena Waithes Out There.

+ Did you miss Kristin Getting in Bed with Tegan Quin?? There’s still time to catch the video on our Facebook page!

+ Too Queer? “How internalized homophobia has impacted my wardrobe.” This is really honest and good.

I want to try on vests and overalls, blazers and combat boots. And maybe a bit of flannel. I want these things not necessarily because I want to personally validate my queerness, but because they look cool.

+ Arizona Supreme Court Decision: A Reminder That the Marriage Equality Battle Isn’t Over. 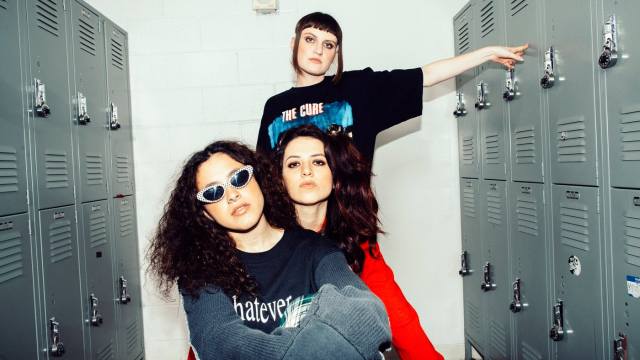 + Not a Single Philippines Representative Voted Against Bill Aimed at Preventing LGBTQ Discrimination.

+ New Study Finds That LGBTQ Youths and Youths With Disabilities Suffer Most Under Solitary Confinement.

+ Stop Expecting Black Children to Grow Up Straight and Cisgender.

+ Gender-Fluid Artists Come Out of the Grey Zone.

+ Support this book! Mey Rude and Laura Mandanas are contributors! Becoming Dangerous: A Book About Ritual and Resistance. “Twenty personal essays from witchy femmes, queer conjurers, and magical rebels on summoning the power to resist.”

+ How Will Medicaid Cuts Affect Health Care for Native Americans?

+ How the Rest of the World Heard Trump’s UN Speech that idiot motherfucker.

+ What If Clothes Were Made to Fit Bodies?

+ Product Review: When Every Bra Size Is Wrong by Mallory Ortberg.

+ White People Are Really Confident Things Are Getting Better for Black People.

+ Nat Turner, the Leader of a Virginia Slave Uprising, Will Be Honored on a New Emancipation Statue in Richmond.

+ Native People Discuss What To Do About Mt. Rushmore.

+ Can’t Get There From Here: The Struggle with Where the Sidewalks Won’t Go. This is a great piece.

Their only option was to roll down the streets until they found a ramp that would let Beckley get onto the sidewalk near her car.

Risking the wheelchair – or her own safety – was not a possibility.

+ How the Vietnam War Broke the American Presidency.

+ Does Happiness Really Make You Healthier? It Depends on Where You Live.