Hello happy new week! May your Monday be as ass-kicking and magical as your favorite birthday party.

+ There’ still time!! Be Part of Autostraddle’s Queer in the Bedroom Gallery! 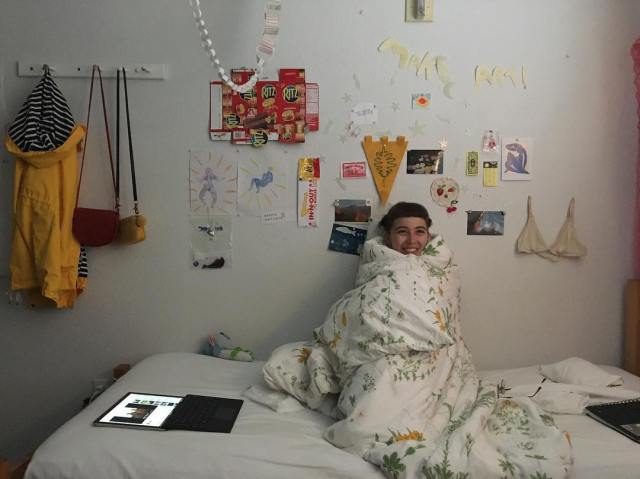 Here’s Simone! Be like Simone and send me your picture!

+ Christine and the Queens!

+ Amazing in the worst kind of way: Police Called After Passenger Felt “Uncomfortable” Sitting Next To Mykki Blanco On Plane.

+ Leaked Trump Tape: “You are the special people.” Everything’s fine and normal.

+ Just didn’t want you to feel alone in this sentiment: I Don’t Want to Hear Another Fucking Word About John McCain Unless He Dies or Does Something Useful for a Change.

+ Scott Pruitt Deserves as Much Outrage as Betsy DeVos.

+ The Anti-Trump ‘Resistance’ in Red States.

+ A Conversation and Constellation for Sandra Bland.

+ Two Studies Bring Bad News About Cervical Cancer Deaths and HPV—So What Can We Do?.

+ Suburban Gothic, or Being a White Passing Person of Color in a Rich, White Town.

+ I don’t know what to tell you except that you will never be the same after this:

Let @JanelleMonae show you how to tie a double windsor knot while making puppy sounds. pic.twitter.com/kCxF7uc8Jm

+ The Obamacare Provision That Saved Millions From Bankruptcy.