Do you ever sit down to work on your link roundup and think to yourself, “Wow good grief this desk is so small wtf,” and then open a new tab to look at inexpensive desk options at Ikea and then it’s an hour later and you haven’t written your link roundup? It’s ok, this happens to all of us. The best way to move forward is to refill your water bottle and turn your music up louder. In fact, this is actually the best course of action for most things: louder music, more water.

I hope your Thursday is the chillest, most productive day of your whole week! And may your personal bubble be unbroken by the patriarchy in all its forms amen.

+ Lydia Polgreen Named Editor-In-Chief of the Huffington Post. This is a big fucking deal, as Lydia Polgreen is a QPOC and also an extremely badass journalist.

+ ‘Why Do You Think There Are Lesbians’: Seventh Circuit Hears Anti-Gay Discrimination Case.

+ 22 Year-Old Lesbian Noluvo Swelindawo Murdered in Driftsands on December 3. “Her relatives claim the attack was because of her sexual orientation, and gender rights groups have reacted with outrage to the incident, calling for the swift implementation of the Hate Crimes Bill.”

+ How LGBTQ-Run Businesses Are Surviving — and Thriving — in the Face of Obstacles.

+ Starting off with something inspiring: Your Astrological Trump Survival Guide.

+ A Practical Beauty Guide to Fighting Fascism by Arabelle Sicardi.

+ There Might Be Hidden Messages in Trump’s Time Cover and there might not be fucking time for hidden fucking messages!!!

+ Donald Trump Insulted a Union Leader on Twitter. Then the Phone Started to Ring. Cool, Chuck Jones has people calling him at home, telling him he’d better “keep an eye on” his kids. How fucking awesome. What a great president.

+ Why Does SNL Keep Insisting That the Women in Trump’s Inner Circle Don’t Want to be There? Oh damn but I love this piece so much!

This characterization might make for easy punchlines, or help liberals swallow the idea of educated women supporting Trump. But his win — and Conway, Melania, and Ivanka’s continued active involvement in his transition to the presidency — has made it clear that presenting these women as regretful doesn’t have any roots in reality.

+ This week only, get a free digital edition of Bitch Magazine’s 20th Anniversary Issue! You have until 12/11 to sign up.

+ Showrunners Call Rape-for-Shock-Value a “Plague on the Industry”.

+ Mey described this as “one of the best profiles I’ve ever read” and I agree with her, so you should read it so you can agree with both of us: Yours Truly — Mitski. Thanks, Mey!

+ Female Tattoo Artists are Finally Getting the Recognition They Deserve.

+ The Glass Universe: How Harvard’s Unsung Female Astronomers Revolutionized Our Understanding of the Cosmos Decades Before Women Could Vote on Brain Pickings.

+ Navajo Nation Sues US Government for $160 Million Over Colorado Mine Spill.

+ The Year of Fighting for Clean Water in Flint.

December 8, 2016: The day I finally recognized that my true root is Christine McGlade. 12 Fun Facts About You Can’t Do That on Television, aka the best fucking show ever, followed by Laverne & Shirley and Salute Your Shorts. 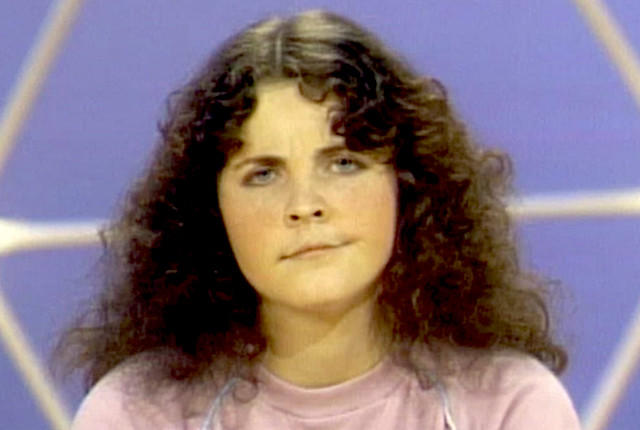 Christine McGlade I have loved you for so long.