I did that thing yesterday where you’re holding someone’s hand and then you slip, but you don’t let go of their hand so while you’re falling in slow motion, you’re accidentally taking them down with you. If he was taller than me and aware that I was falling, it would’ve made some sense to keep holding his hand, but he was Eli and walking ahead of me, completely unable to prevent me from falling and totally unaware that he was about hit the pavement, too. Only it also wasn’t pavement, it was the slick, star-lined sidewalk of the Hollywood Walk of Fame, and people were everywhere, including the one guy who’d just relieved himself in the alley. But it was ok! Eli did sort of break my fall and after we all ducked into the nearest gift shop, we agreed that he and I really did deserve this award. 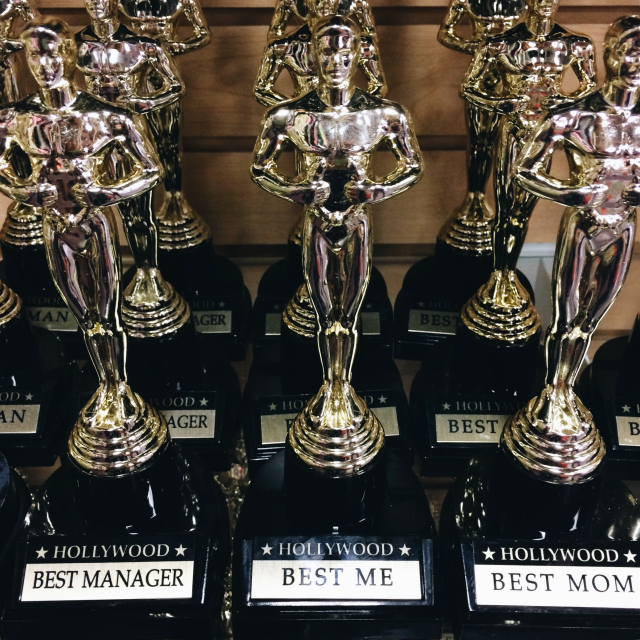 Not the one on the right, though. Not that one.

+ Support Suit Her! Suits for girls and cool ties with laser beam-eyed cats! Read an interview with Suit Her’s founder, Michele Yulo and then throw a lot of money in her face why don’t you.

+ Your own Yvonne Marquez, Senior Editor at this very establishment, has shared Three Queer Forces To Be Reckoned With.

+ Part Neither, Part Both by Michelle Tea.

+ Women in Trades: A look into Puget Sound’s hardworking women
in traditionally male jobs, by Susan Kelleher with photos by Bettina Hansen.

+ The Equality Myth: The Erasure of Black Struggle from American History by Ijeoma Oluo.

+ Men Consume, Women Are Consumed: 15 Thoughts on the Stigma of Sex Work by Charlotte Shane.

+ Inside The Persistent Boys Club Of Animation by Ariane Lange.

+ Moving Company Will Help You Leave an Abusive Partner for Free.

+ Alabama Shakes’ Brittany Howard Released New LP as Thunderbitch and I believe you will enjoy it. Stream it on their website! Set a sofa on fire! The day is yours.

+ ‘Airbnb for Refugees’ Overwhelmed by Offers to Help.

+ Well this is just dumb.

+ This is much better: 90s Nickelodeon Characters Will Return in Nicktoons Crossover Film.