Hey name three good things that you did this week READY GO:

1. I moved my favorite red table lamp upstairs to my bedside bookcase and damn, that was such a good idea.

2. I finally finished and unpassword-protected my freaking squarespace website that I made way back when we printed the first Better Together zine (so that I could put it by name on the contributors page) ! Y’all it’s the little things.

3. I’m making pizzas tonight! Yesterday I roasted garlic and a red pepper in anticipation of this blessed meal. This is the crust I’ve been using lately. I might pass out from excitement.

I hope you have a lovely fucking weekend!

+ Give to this Fundraiser for The Coalition Zine! Do it!

+ Stefanie Dolson Opens Up About Being an LGBT Athlete and it’s really fucking lovely.

I don’t think people necessarily need to announce their sexuality. In my current relationship, I made the decision to be publicly out by posting the cutest photo of us from a weekend we spent together. She is kissing my cheek, and it’s just so obvious how happy we are. Before posting, I thought about what people might say because this photo made it clear that we’re together, but then I realized that the reactions of others didn’t matter to me. I wanted people who are fans and supporters to know who I really am.

+ Before Stonewall: The Raucous Trans Riot That History Nearly Forgot.

+ Forgiving the Future. Read this.

+ For those of you interested in hearing the word “Autostraddle” said on CBC Radio (me): Lesbian Deaths on TV: They’re Dropping Like Flies.

+ What I Have Learned As a Queer Survivor of Unhealthy Relationships.

+ Six of the Safest Spaces for LGBT Youth to Hang Online.

+ LGBT Bullying is the “Great Unspoken Issue” in Irish Schools.

+ Hey do you want to watch this trailer for Into the Woods, starring Ellen Page and Evan Rachel Wood Bisexual? Yes you do. The movie isn’t queer, but, you know. They are. So.

+ Why Does the Media Keep Giving Abusive Men Platforms for Redemption?

+ Oh and Howard Stern, Donald Trump, My Dad: Lessons in How Men Talk About Women, which is tagged HOW TO RAISE A MISANDRIST which is the title of my memoir, thank you The Cut.

+ Self-Care to Self-Loathing and Back Again.

+ Women in China Take Sex-Ed Into Their Own Hands and Phones.

+ Yes: Poor People Deserve to Taste Something Other Than Shame. Yes yes yes.

+ Showrunner Roundtable: 12 A-List Writers Dish About Lesbian Weddings, Race and Why “Black People Don’t Get to Write for White People”.

+ How to Make Yourself Forget a Bad Memory. 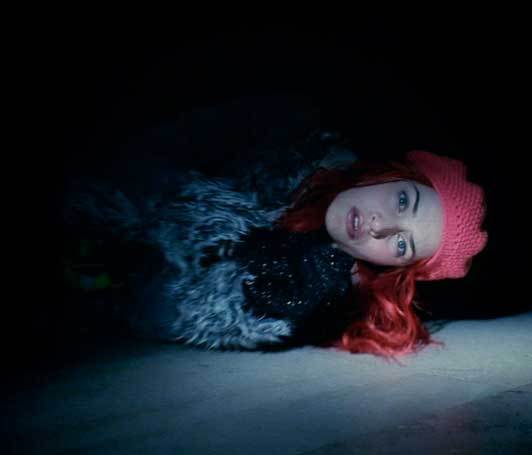 + The Hidden Messages of Colonial Handwriting.

+ A very important video featuring Ten and a Half Minutes of Double Dare Prizes.

Laneia has written 929 articles for us.