Call them. (Or write the letter, or the text.) It doesn’t have to be perfect or smooth — if it’s awkward, let it be awkward — but do it. Right now the world feels like a fiery ouroboros, and while the promise of a new moon is right around the corner, we’re still here now in this. Make this as much as you can, even for just a second. Reach out, out loud. You can do that.

+ The Scariest Part About America’s LGBTQ Suicide Epidemic Is What We Don’t Know About It.

+ Why Are There So Many Queer and Trans Kids in the Criminal Justice System? Related: Support Queer/Trans/Gender Nonconforming People in Jail, Prison, Detention.

+ Gaycation Season 2 trailer is here and queer and ready to be watched.

+ Leslie Jones Embodies The Least Protected Blackness Of All.

+ The (Very) Puritanical Online Censorship of Periods. This piece has been updated since Tuesday but is still important and real as all get out. #BleedOnEverything

+ A History of Sorority Shaming on the Internet, From Recruitment Videos to Selfies. In the past week, I’ve witnessed (Straight, White) Women In Media publicly mock conversations between queer women, conversations between sorority girls, and (old!) conversations between beauty blogger-types (for lack of a better term because it’s midnight as I write this, sorry) and their beauty bloggin’ readers, just to skim the surface, and I’m grossed the fuck out. These are the same (Straight, White) Women In Media who have a hell of a platform, tens of thousands of followers, and frequently lament the online harassment of women in general, the gender pay gap, abortion restrictions, you fucking name it. What the shit are we even doing here? Making fun of each other? I’m not even trying to stand up for white Greek life or colonics as wedding prep — I just can’t believe this is how we’re passing our time, entertaining ourselves. I’m just tired as hell of this internet. I want to burn it down and make a new one where no one barges into other people’s lives just to make fun of them and giddily encourage their friends to do the same.

+ Sarah Paulson Might Join Ocean’s Eight at which point we will all be 30 times gayer and happier, I believe. UPDATE: Confirmed, thank you very much!

+ Why Isn’t Pornography Part of Sex Education for Teens? You feel like you know the answer to this, but read it anyway!

+ The Secrets of Super Siblings. On that Gina Rodriguez beat!

+ Listen, I do have some feelings about the interior of fast food/casual dining establishments and what it all means re: our own existence over time and throughout space, but mostly I just wanted to share this title: When T.G.I.Friday’s Loses Its Flair.

National Parks From Space! This has brought me back to life. 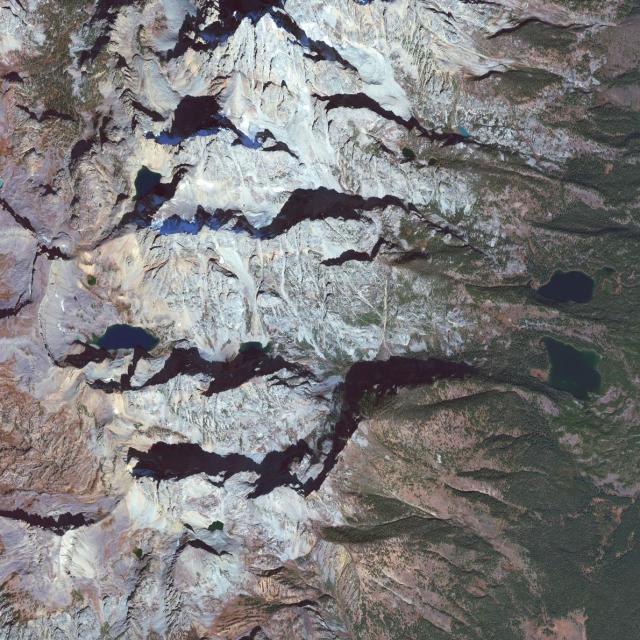