+ Sydney Freeland, Director of Her Story, is raising money for her father’s funeral.

+ Saying Goodbye to AfterEllen, and a Generation of Queer Women’s Media.

And while LGBTQ verticals on sites like HuffPost queer and Mic provide great original reporting and insights, they can’t, given their audience, quite provide the level of obsessive specificity that AfterEllen and Autostraddle can. AfterEllen has a whole vertical dedicated specifically to Kristen Stewart. A whole vertical.

Autostraddle noticed that there was a lesbian (one, single lesbian) in the Jon Benet Ramsey documentary. Who else noticed that? Why would non-queer people care?

Heather Dockray gets it.

+ Yet another study asks, Are LGBT Students Safe?

+ If You Think Eating is a Political Act, Say Thanks To Frances Moore Lappe.

+ The NFL is Taking Steps to Recruit More Women.

+ “Too Black, Too Strong”: The Woodrow Wilson Tigers’ National Anthem Protest. Made me cry. Maybe all I do is cry now. Should probably drink more water to rehydrate.

+ Mary Berry to Lead New Rival to The Great British Bakeoff on the BBC. !!!

+ I’m just saying. Staying Friends With Your Ex is Ruining Your Current Relationship.

+ DNA of Ancient Cats Traces the Path of Their Global Conquest. Yes.

+ Why You Don’t Dream After Smoking Weed.

+ Coffee is Climate Change’s Next Victim. You shut your mouth.

Leigh Luna‘s comic for The A.V. is perfect??? Ghostbusters‘ Holtzmann Has a Thing for the Ghouls. 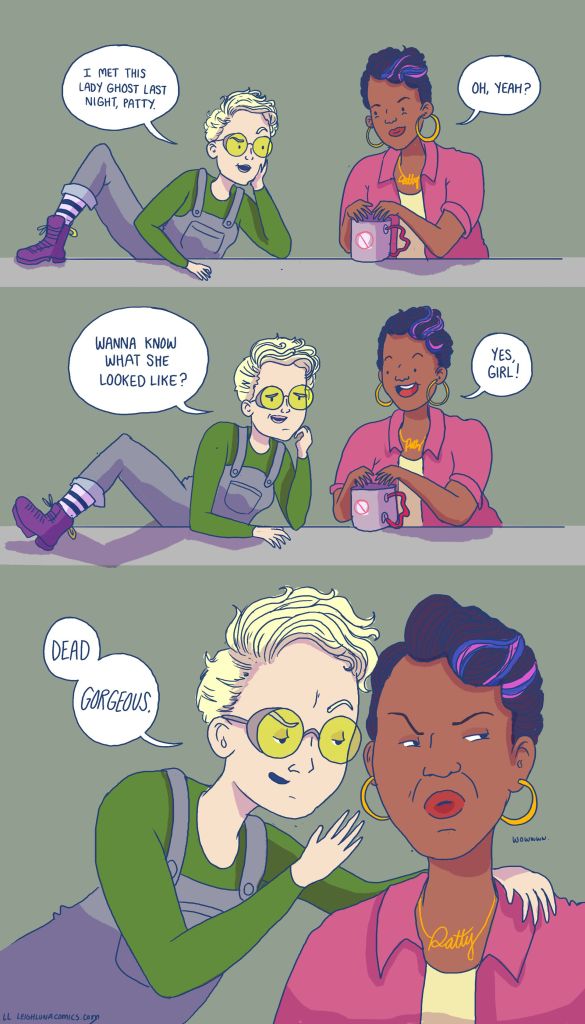 Leigh Luna for The A.V. Club