Hello! Today I woke up from a nightmare that involved Kurt Cobain helping the children from my hometown get ready for a Veteran’s Day parade and me attending my ex-husband’s wedding with my mom. It was so weird I almost couldn’t get on with my life. Here are some things we missed while I was staring out my kitchen window wondering what it all meant.

+ The Philly Queer Brunch #6 happening this Sunday sounds like a good time, and for a good cause! 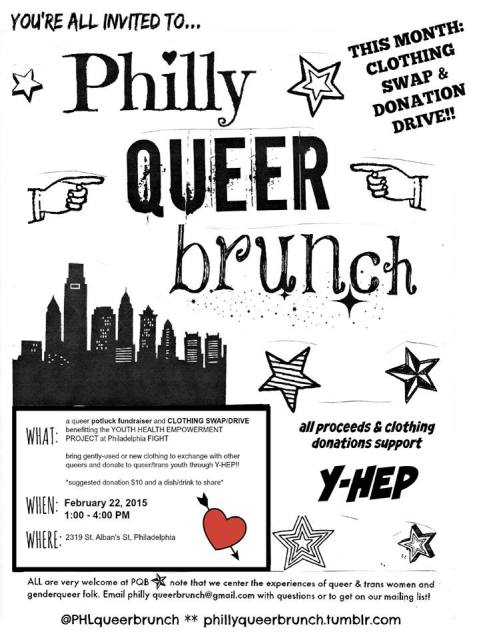 + Why Gay Marriage Would Have Been Embraced by Our Founding Fathers is interesting.

For this group of young activists sitting outside of Denver’s Civic Center, among the many questions left unanswered is this one, posed by Teddy Campos: “Would police have handled Hernandez’s cases differently if her gender expression matched her biological sex?”

+ Here’s a guide on Understanding Issues Facing Transgender Americans, and another one, The Financial Penalty for Being Transgender in America, so you can learn some thing.

+ Just gonna put this right here: The Radical Queerness of Kate McKinnon’s Justin Bieber by Shauna Miller, and I just have to add that I do not believe it’s fair or accurate to describe She’s All That as “largely forgotten” but that’s all I’m going to say.

+ Elisabeth Donnelly has The New York Times is Learning — Publicly — How to Report on Transgender Identities.

+ How We Obsess Over, Then Ignore, Violence Against Muslim Women by Mahroh Jahangir.

I feel perverse relief, knowing that my sisters and mother live abroad. But that relief is brief and followed by an immobilizing kind of fear that, on some days, I find myself drowning in. I think about the possibility of my sisters being next. I watch conversations of our parents pleading with our daughters to take off their scarves. I am paralyzed by daydreams where my best friend becomes the next dead Muslim body because Oklahoma police ignored gun threats against her.

+ Journalism Major is Ruled by Women, So Why Are Men Running the Show?

+ Obama Wants to ‘Counter Violent Extremism.’ He Should Look Beyond Muslims.

+ Here are nine ways to make boob lights look better and I’m just relieved to know I’m not the only one who calls them boob lights!

+ JNCO Jeans are making a comeback but it seems they’ll be totally different, so your conflicted feelings are very understandable.

Tina Belcher rocks out with Sleater-Kinney.