Hello there, what kind of sport do you play with a wombat, hm??? Oh yes that’s right, WOM. You play wom with a wombat! I’M THE ONLY PERSON WHO LAUGHS AT THIS JOKE and I’m fine with that. Here are the stories we missed while my youngest kid was getting strep throat and Mercury was pretending to be retrograde just to fuck with me. 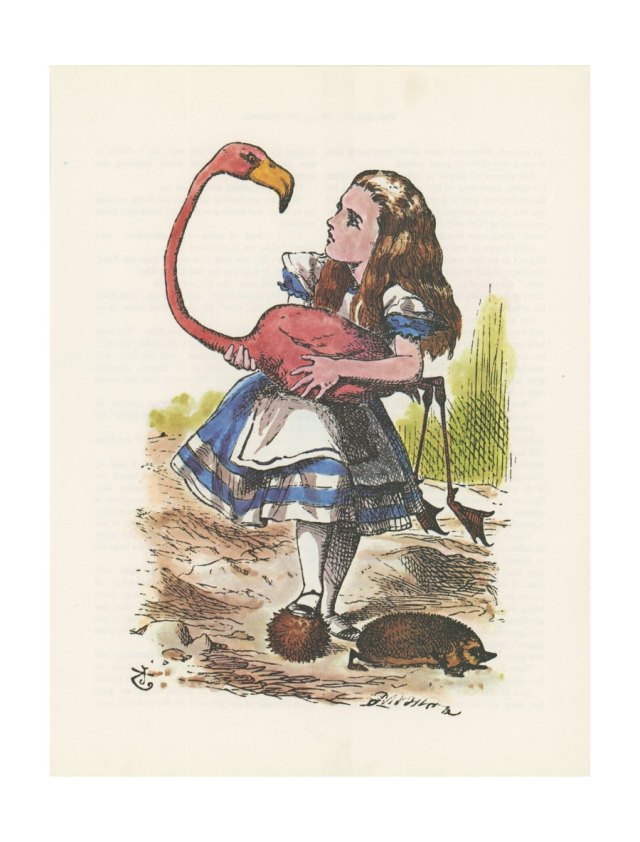 ok so it’s like, imagine alice is holding a wombat, and instead of playing croquet, the name of the game is wom. get it?? WOM.

+ In light of the murder of unarmed teen Michael Brown, over 125 artists, activists, scholars, CEOs and public servants have taken to the Washington Post to petition the Obama administration to take real action against the racial biases at work in our law enforcement system. Their list of demands includes racial bias training, diversity and accountability within police departments, engagement with black and brown youth, demilitarization, a national commission to examine existing policies and practices and enact real change, and local law enforcement oversight by a federal Czar located within the U.S. Department of Justice.

+ Mills College has updated their admittance policy to welcome trans women and gender nonconforming people, making them the first U.S. women’s college to do so.

The new policy at Mills finds numerous ways to accommodate trans students while still maintaining an identity as a women’s college:

+ It Wouldn’t Be Hard for the Military to Become Trans Inclusive by Jenny Kutner:

In an interview with the Post, retired Army Maj. Gen. Gale S. Pollock — who assisted with the study — noted that rank-and-file service members tend to be more tolerant today than in previous eras, and that they would be more likely to accept openly trans peers.

“They have been around people who are open about their personality and sexuality,” Pollock said. “It’s normal for them to be accepting of one another, whereas 20, 30 years ago we didn’t share it because it wasn’t considered normal.”

+ This is probably the least shocking news you’ll read all day: LGBT More Likely Than Non-LGBT to Be Uninsured.

A recent comment by India’s health minister that gay people are entitled to human rights just like anybody else has rekindled hopes among the country’s LGBT community, which has fought a long battle to convince the government to decriminalise homosexuality and uphold social justice.

Get Your Ass Involved

+ Hospitals Less Likely to Encourage Black Mothers to Breastfeed by Sam P.K. Collins. The article lists a few organizations and initiatives that are working to support black mothers and their newborns — initiatives you can possibly contribute to! If you know of more, share them in the comments!

Many black mothers have also taken matters into their own hands, launching organizations that aim to make breastfeeding less of a taboo subject. The African-American Breastfeeding Network (AABN), for example, has armed expectant African-American mothers with accurate information about breastfeeding since its 2008 inception. Next month, the Milwaukee-based nonprofit plans to host an event during which guests will learn how to safely partake in the bonding activity. The hosts will also guide expectant fathers in maintaining a breastfeeding schedule and creating a healthy environment for their children.

One+Love is a social media app which is the ultimate resource for the LGBTQ community–with an emphasis on connecting users to local safe spaces and resources. It aggregates news, articles, fashion trends, webisodes–plus original content.

One + Love has your back. It’s there for you in crisis, but is also the place to explore yourself and the community that is waiting to meet YOU.

+ Bisexuals! Those greedy kids who can only be seen once a year after sundown would like Obama to publicly acknowledge Bi Visibility Day, which is when everyone in your neighborhood walks around with flashlights searching for the legendarily indecisive beasts. JK BISEXUALS I JEST, but seriously if you agree that Obams should proclaim and support the September 23rd observance of International Bisexuality Day (now in its 15th year!), sign this handy petition.

+ My So-Called Life turned 20 this week and queer screenwriter Savannah Dooley (daughter of Winnie Holzman, the show’s creator/beloved shepherd of a generation) wrote a really fucking lovely piece on how MSCL helped her find her own queer identity.

When I unexpectedly fell for a girl in high school, I was thrown for a loop. By that time, I could appreciate more of the nuances of MSCL, like the fluidity of Rickie’s sexual and gender expression. He starts out identifying as bi before eventually coming out as gay; he wears makeup but experiments with a traditionally masculine look on Halloween; he tries using both the girls’ and the boys’ bathroom at school, but doesn’t quite “fit” in either. These details felt authentic to me as a teenage queer in flux, trying on different labels to find what felt right. It reassured me to know not everyone’s journey began with “I always knew.”

+ The Hallmark Channel has officially launched its Feline Football League — an all-kitten club involving modified mixed martial arts and napping, basically — which will culminate in their second annual Kitten Bowl in February 2015. You can catch the games on Hallmark’s website beginning in November. Tell all your friends!

While you’re waiting, I suggest tucking into a Netflix marathon of Animal Planet’s Too Cute because I know you I F*CKING KNOW YOU OK.

+ Doctor Who‘s first “lesbian kiss” was either not really a kiss, not a big deal at all, or basically the worst thing that ever happened on a “children’s show,” depending on who you ask! This is the kind of hard-hitting news I get paid to bring you. You’re welcome.

Pretty and/or Neato Things to Appreciate Like a Magnum Ice Cream Bar for Your Brain, Which I’ve Never Actually Eaten But I Can Imagine is Quite Enjoyable

+ So many attractive humans at Brooklyn’s Afropunk Festival last weekend. 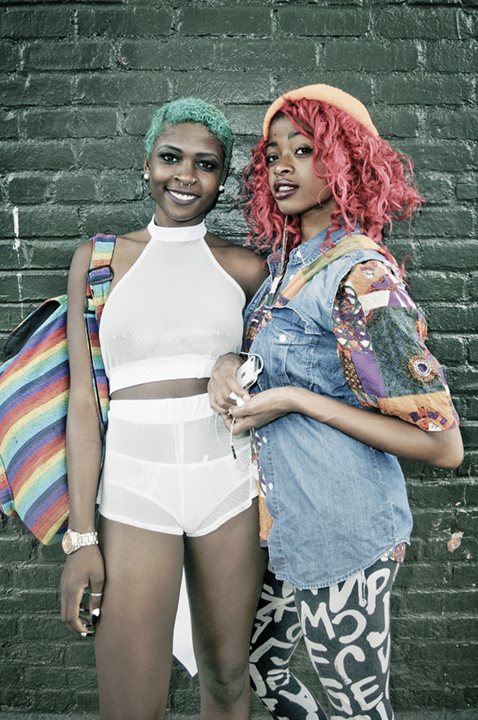 photos by Andrew Boyle for Flavorwire

+ Congratulations Sarah McBride! This rad badass trans activist who helped pass a Delaware transgender non-discrimination law is now happily married to a guy we can only assume is equally rad and badass. Hooray!

+ Jenn Godbout has four “yoga hacks” (when can we stop using that word?) for people who sit at their stupid desks all day (AHEM) and because they’re quick and simply illustrated, you won’t feel overwhelmed or like you’re entering into a longterm commitment with yoga/dirty hippies everywhere, and I promise not to tell your ex-girlfriend that you’re finally trying forward folds. I mean she knew you’d love it if you just gave it a shot, but whatever.

Illustration: Oscar Ramos Orozco via 99u

+ Brain Pickings has a brilliant little piece on lovey dovey friend relationships and the book Odd Girls and Twilight Lovers (which we also super love!): A Brief History of Romantic Friendships