Goooooood morning y’all look so small from up here (way up on my high horse, where I live now because I published my link roundup IN THE MORNING INSTEAD OF IN THE AFTERNOON)!! Take care of yourselves down there, won’t you.

Angela Bowen, Dance Teacher and Gay Activist, Is Dead at 82.

“I’m a black, lesbian, feminist, writer, activist,” she once said. “I see all of those as equal functions. I feel as though I’ve got a mission to be out front.” 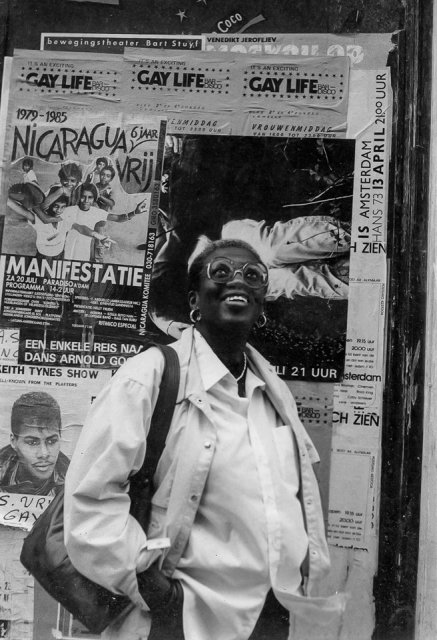 #20gayteen: The Year of Hayley Kiyoko. Every time I think of Hayley Kiyoko now, I remember the time I was in a parking lot at strip mall, trying to look up the lyrics to one of her songs to make sure I was singing it correctly (as you do) and in this confusion, I accidentally backed out in front of one car that was going faster than I’d clocked it in my mind, and in my overcorrection of this mistake, I inadvertently blocked the other lane so that an oncoming car had to slam on their brakes to keep from hitting me and THEN they had to navigate around me, because we were all stuck like that until that second car could make it past. I will never forget the look on that old man’s face. Just staring me down like that from his little car, so disgusted. Anyway happy 20gayteen! (I had the lyrics right, for the record.)

Kesha Helped Two Fans Get Engaged at Detroit Show — these two fans are totally lesbianing with each other, if that helps you be more interested in the story.

Overhaul of Sex Education in England Could Elevate LGBT Rights.

How I Made It Back to Church. This is an adaptation of an essay from the upcoming book, I Can’t Date Jesus, by Michael Arceneaux.

Queer Musical Siren Kat Cunning Releases New Track About Phone Sex. It’s like, you think you have a grasp on what this headline is about, and then no it’s not a queer musical called “Siren” ok got it, and then ohhhhh phone sex ok yeah! That’s my journey for the day.

This Brazilian Lesbian Werewolf Flick Is Unlike Any Movie You’ve Ever Seen. Who’s gonna argue with that?

Julien Baker’s Radical Vulnerability Gets A Dose Of Rock-Star Swagger.

How the Prosper Act Could Negatively Impact LGBTQ Students.

A 75-Year-Old Lesbian Discovery. The piece they’re referring to was published in January but listen, if you don’t think any day of the year is a good day to read about Lisa Ben, then I don’t know what to tell you.

Lauren Greenfield on Generation Wealth and the Culture of Money That Made Trump Possible.

Gold was mission-driven as a critic, hoping his food adventures through the city’s many immigrant enclaves would help break down barriers among Angelenos wary of venturing outside their comfort zones. In the process, he made L.A.’s enormousness and diversity feel accessible and became one of the city’s most insightful cultural commentators.

Woman Dead, Man in Custody After Gun Battle With Police at Trader Joe’s in Silver Lake.

Have you heard? It’s Not Just the Tampon Tax: Why Periods Are Political.

Judgment Days: God, Trump, and the Meaning of Morality by Stephanie McCrummen. I’m sorry but I had to include this!

‘Prison Is Not Where Women Need to Be’: All-Female Task Force Wants to Cut Illinois’ Female Prison Population in Half.

A response to a piece we talked about last week: If Women’s Media Is a Scam, How Come Nobody Ever Calls Sports Media a Scam? I bet you know the answerrrrr!

I’m thinking about making this tea today. That’s all!