You made it to this day! You did it! I’m so excited for what you’re gonna do now that you’re here. Don’t be afraid to make mistakes! I woke up to the most soothing and wonderful dream about Mister Rogers singing to me in my grandparents’ backyard, right where the rose bushes used to be — a convergence of so many of my happiest things, I almost can’t believe it happened, even in my subconscious. In honor of that dream, here’s a thing I wrote a few years ago: This Is A Mister Rogers Post!

+ The Black Lesbian DIY Fest is happening in NY on October 3!

+ Ugh ok I’m so sorry, brace yourself. Just get ready. It’s not going to be easy, but you’re about to see a home tour that you’ll never recover from. Jasika Nicole, who can do no wrong and is a perfect angel, and her equally brilliant and angelic wife, Claire Savage, have their home up on Design Sponge and you just can’t even. You cannot even. You’ll never even again. Sorry! An Actor and An Analyst’s LA Craftsman. 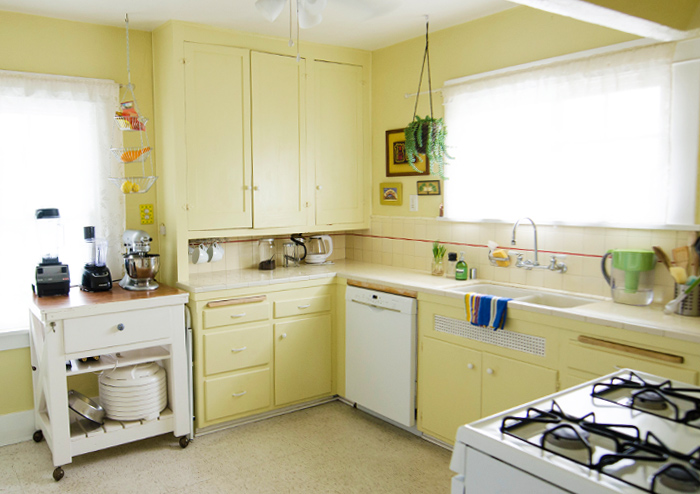 “Is that a portrait of Dolly Parton in the basement??!” Yes, reader, yes it is.

+ Defining Your Gender as a Black Queer Femme is Revolutionary, Don’t Take That Away by Sydnee Thompson on BGD.

You see, when that straight man I’ve just met tells me that I’m the hottest lesbian he knows–A) it’s clear he doesn’t get out much, and B) what he really means is, “You’re a girlie girl who can hang with the boys, and I am totally going to picture you naked licking pussy while I beat one off tonight.”

+ New Documentary on the Indian Queer Movement Will Make You Feel Warm and Fuzzy by Reina Gattuso.

+ Girl, Send Me a Frext by Alana Hope Levinson. Riese and I have never sent pictures of our butts to each other, but maybe we should start?

+ A response to Mary Mitchell’s god awful piece about raping sex workers: Rape Culture Rears Its Head in the Sun-Times.

+ Haley Mlotek‘s response to that personal essay industrial complex post that we had a lot of feelings about: The Economics of the Personal Essay. Additionally! The Personal Essay Economy Offers Fewer Rewards for Black Women by Stacia L. Brown.

+ Rookie’s got a new column by Lola Pellegrino called Body Talk and it’s probably going to be rad.

+ Charlotte Shane with Calling My Work What It Is.

+ I Gave A Speech About Race To The Publishing Industry And No One Heard Me by Mira Jacob.

+ This article is a fucking roller coaster. Barbie Wants to Get to Know Your Child.

+ Taco Bell Will Offer Beer and Wine, apparently in an effort to attract millennials, which, what? Taco Bell is where you go after you’re drunk. Taco Bell it’s like you don’t understand people at all.

+ Here’s How Much It Costs To Have A Family Member In Prison by Bryce Covert.

+ What We Lose When a Neighborhood School Goes Away.

+ This is fascinating and difficult: What Happens When a Parent’s Grief Goes Viral by Alex Ronan.

+ Here’s Ryan Adams’ finished product. I was expecting more, to be honest.