There is so much here I don’t think you’ll ever get through it all. Hope you have a snack and a water bottle! Here are most of the things we missed while I was crying because my precious angel computer STILL WON’T TURN ON even though it’s had over a week to dry out. It’s fine. I’m sure it’s gonna be fine.

+ From Punk-Ass Book Jockey, you guys: “I’m studying Library and Information Science at San Jose State University and am working on a research paper about Autostraddle as an Information Community. That means I’m researching the way AS works as a site of information circulation and interaction. I’m specifically looking into the way new users find the site and the kinds of information regular users consume most frequently or find most useful. I’m also researching Autostraddle’s function as a hub of community interaction via commenting and meetups.” TAKE THE SURVEY HERE. Ugh y’all are so awesome thank you.

+ From your ol’ pal Creatrix Tiara: “I’m currently co-organising Yoni Ki Baat, a take on the Vagina Monologues but for, about, and by South Asian women. We’re currently calling for submissions of content and I would love to get more queer & trans voices on board! No prior experience necessary.” Submit and spread the good word!

You Should Fund a Documentary or Seven

They are ironworkers and electricians, plumbers and piledrivers, and they’re fighting for their right to wear a tool belt and make a living. The most common job for women today is the same as it was fifty years ago: secretary. This film is about a movement to challenge gender stereotypes entrenched not only in the world of carpenters and crane operators, but also our culture at large.

+ A documentary about libraries! LIBRARIES, PEOPLE.

Free for All: Inside the Public Library is the first major documentary project about our nation’s most beloved and most threatened public institution. It captures dramatic personal stories from library users across America, highlighting the diverse communities that depend on public libraries and the surprising ways libraries are reinventing themselves to serve more people than ever.

And I really love this video:

+ The Late Expectations film could also use some help!

This Here Be The Queer Stuff

+ OMG WATCH THIS TRAILER FOR LIFE PARTNERS SO YOU CAN TALK ABOUT IT TO EVERYONE YOU KNOW because apparently that’s what y’all do after you watch this trailer I swear I’ve gotten 70 emails about this in the past week DO Y’ALL EVER SLEEP??

+ This NYT piece, When Women Become Men At Wellesley College, is just a lot.

Last spring, as a sophomore, Timothy decided to run for a seat on the student-government cabinet, the highest position that an openly trans student had ever sought at Wellesley. The post he sought was multicultural affairs coordinator, or “MAC,” responsible for promoting “a culture of diversity” among students and staff and faculty members. Along with Timothy, three women of color indicated their intent to run for the seat. But when they dropped out for various unrelated reasons before the race really began, he was alone on the ballot. An anonymous lobbying effort began on Facebook, pushing students to vote “abstain.” Enough “abstains” would deny Timothy the minimum number of votes Wellesley required, forcing a new election for the seat and providing an opportunity for other candidates to come forward. The “Campaign to Abstain” argument was simple: Of all the people at a multiethnic women’s college who could hold the school’s “diversity” seat, the least fitting one was a white man.

+ As the Vatican Revisits Its Stance Toward Gays, a KC Lesbian is Left in the Cold

Virginia Governor Terry McAuliffe announced on Friday that he has directed the Virginia Department of Social Services to allow same-sex spouses to adopt children and serve as foster parents, effective immediately. “Now that same-sex marriage in Virginia is officially legal, we owe it to all Virginians to ensure that every couple is treated equally under all of our laws, no matter whom they love,” Governor McAuliffe stated in his news release. “This historic decision opened the door to marriage equality, and now it is my sincerest hope that it will also open more doors for Virginia children who need loving families.”

+ There’s a marriage equality snail, so.

+ Texas Abortion Clinics Can Remain Open Thanks To Supreme Court Intervention who can even keep up with this.

+ An interview titled The Resurrection of Kristen Stewart that gives me just enough of a reason to tell you I’ve been marathoning the Twilight movies for like three weeks with no shame AND I’m not stopping any time soon. Everyone else is pulling her quote about being a feminist but I like this one better:

I have these talks with friends, and I’ll say, “Kristen Stewart’s a good actress,” and they disagree. Then I ask them what films they’ve seen of yours, and they just say, “The Twilight movies.” So, they haven’t seen, say, Panic Room, Speak, Into the Wild, Adventureland, etc. Do you feel like that series has unfairly colored people’s opinions of your acting ability?

Honestly, I don’t care. It’s fine. I’m really happy doing what I’m doing. I’m sure there are a ton of people out there who would hate my movies even if they saw all those, just as I’m sure there are people out there who are obsessed with Twilight and say, “I watched the series, and she completely let me down, and then I watched every one of her other movies, and I fuckin’ hate her!” And that’s cool! Just don’t watch my movies.

UGH I LOVE HER I’M NOT EVEN SORRY OK. Not even sorry. Remember when this happened? Y’all. Seriously.

“(The Legislature’s) intent … was to provide law-abiding citizens greater protections from external threats in the form of intruders and attackers,” prosecutor Culver Kidd told the Post and Courier. “We believe that applying the statute so that its reach into our homes and personal relationships is inconsistent with (its) wording and intent.”

+ For Harriet has 11 of the Best Black Women YouTube Vloggers.

+ They’re making an all-female Ghostbusters reboot and your girlfriend Gillian Anderson REALLY wants to be in it, ok?

+ So 28 feminist writers got together and made a list of books every man should read. Probably couldn’t hurt to pass this around to some people.

The leaves turn, the air gets colder, and a publication devoted to men makes a list of “80 Books Every Man Should Read” that has just one female writer on it. It’s just one slight in a list that’s slanted towards the great white male literary perspective that’s so common these days. Instead of getting mad, we here at Flavorwire wanted to counter that vibe by asking our favorite feminist writers what they think “every man should read.” The results were funny, smart, and a true reflection of the complex lives that we all lead.

+ You can get to know the finalists for the 2014 National Book Award, including Jacqueline Woodson! She’s the author of Brown Girl Dreaming and also appeared on our list of 100 Black LGBTQ Women You Should Know.

+ Kids Get Better Grades When They Share Similarities With Teachers

+ HBO streaming will be available without a cable subscription sometime in 2015, which seems like great news on the surface but this NPR piece is cautiously optimistic. Access to HBO GO is literally the only reason I still pay a trillion dollars a month for cable, so I’m choosing to be really effing excited about this!

Beginning in 2015, HBO will offer a streaming service to cord-cutters and other nonsubscribers on an a la carte basis. It should be noted that the announcement HBO released to the media does not explicitly say the service will be HBO GO (or that it won’t), only that it will be “a stand-alone, over-the-top, HBO service.” And, of course, it doesn’t say how much the service will cost. It doesn’t even say it will carry every HBO show, let alone what archival material will be available — HBO GO has a lot. Those who are currently jumping up and down and declaring their independence from their cable provider may or may not be as happy when more details emerge.

+ Ahem, a biochemist has invented veggie burgers that “bleed”. What the fuck have you done today?

+ There’s gonna be a Lego Movie spinoff about Batman! JEEZ ARE YOU HAVING THE BEST DAY EVER OR WHAT.

+ Neil Gaiman’s new children’s book, The Sleeper and the Spindle, will retell Sleeping Beauty’s story and this time she’s being woken by a kiss from a lady. 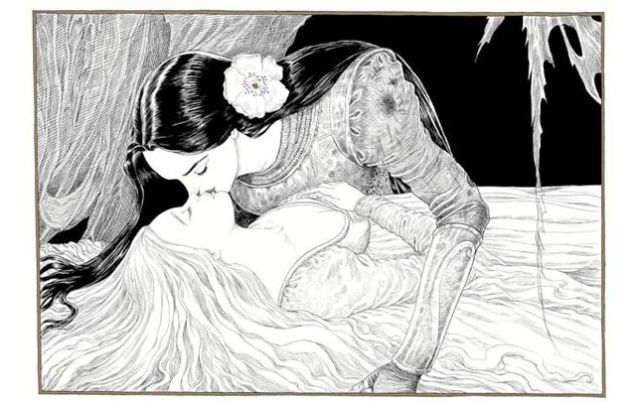 + Oh Flavorwire put together a list of horror movies on Netflix that you probs haven’t watched yet! Sweet.

+ For reader Juliet, who missed the eclipse last week and was hella bummed about it: Video of the Eclipse as Seen From Mercury

Vulture made us a Stevie Nicks Wisdom Generator, so everybody say Thank you, Vulture! 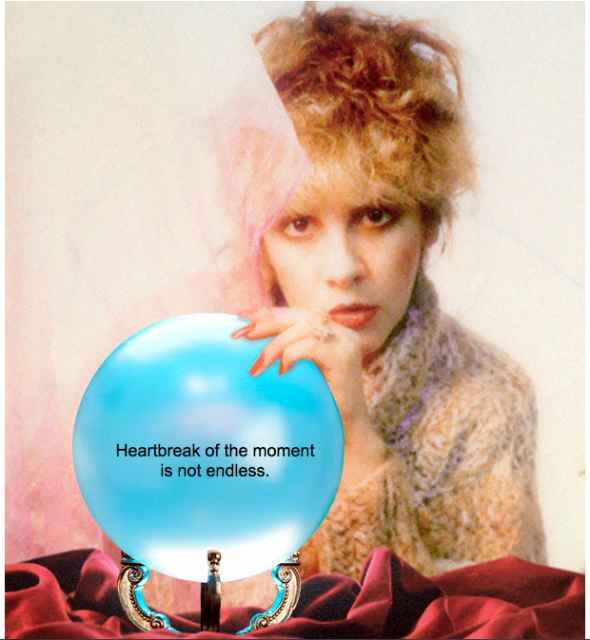