Have you ever worn sandals and then dropped a jar of marinara sauce on the ground next to your feet? In a grocery store? In the checkout line? As you were moving it from your cart to the conveyor belt? So that the glass landed in between your toes? Along with the sauce? Which also covered your feet and most of your left leg and the bottom four shelves of candy bars? On a Sunday night?

Was that one jar of sauce also part of the Buy Five Get $5 Off deal at your local grocer? Then, to add insult to injury, because you didn’t ask for a replacement jar of marinara sauce, on account of you pulling the glass from between your toes and also underneath your feet and wiping sauce off your leg and also the hem of your dress, did you in fact not receive your $5 off deal after all?

And then did your wife examine and clean your stupid bloody foot in the bathroom upstairs bathroom while your weird little dog stared at you with watery bug eyes and you recounted the whole embarrassing ordeal?

Well then, little stardust pile, I hope you thanked your wife profusely and hugged your dog and forgave yourself for not getting that $5 off your total. You and I deserve a donut, bless our hearts.

+ Super weird, but a man said something smart. A politician, even! I know, I had to sit down. Nathan Deal’s Remarkably Forceful Opposition to Georgia’s ‘Religious Liberty’ Legislation.

“I hope that we can all just take a deep breath, recognize that the world is changing around us, and recognize that it is important that we protect fundamental religious beliefs,” he said. “But we don’t have to discriminate against other people in order to do that. And that’s the compromise that I’m looking for.”

+ Meet Brichibi Cosplay, the Queer, Plus-Size Diva Taking the Cosplay Scene by Storm. Let Briana Lawrence‘s awesomeness be the light at the end of your tunnel today! 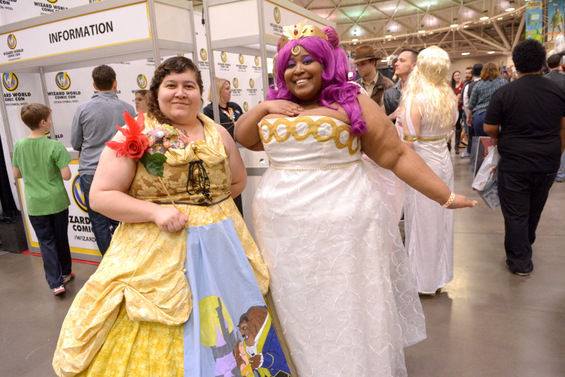 + What Queer Parenting Is Like When You Live in a Homophobic State by Katherine Clover.

+ Sagittarian Matters with Nicole Georges is a podcast you should be listening to! From Rookie‘s recommendation:

The Sagittarian Matters podcast is the latest venture from self-described “gay, feminist, vegan cartoonist” Nicole Georges. It features interviews, reviews, and advice from rad women: It’s basically like listening to a cool older sister talk while you both sit on the floor of her room and eat pretzels. Some of my favorite moments are when musician Beth Ditto shares stories of touring through Europe with her band Gossip, when artist Liz Prince talks about making comics, and when Nicole Georges talks about…anything and everything.

+ 10 Reasons Why Cherno Biko Is Not Cait.

+ The Most Homophobic Tweets in America Are Coming From These Cities. Come on, Buffalo.

In 2015, in the United States, there were about 119,000 searches for the exact phrase “how to have a miscarriage.” There were also searches for other variants — “how to self-abort” — and for particular methods. Over all, there were more than 700,000 Google searches looking into self-induced abortions in 2015.

+ Oh man. Ok this is really great, but also really upsetting and just a lot, re: rape/rape culture in general. But great! For Us by Christina Bartson.

+ Here’s an interview with Thao Nguyen, which you will maybe like.

+ A Week’s Worth of Reflections On My Ugly, Sexy, Old, Beautiful Body by Tina Plantamura.

+ Gutsy Girls and Emotional Daredevils by Courtney Martin. Here’s Maria Popova’s review on Brain Pickings as well: The Gutsy Girl: A Modern Manifesto for Bravery, Perseverance, and Breaking the Tyranny of Perfection. Now I really want this book!

+ Eleven Canadian Women on Sexism and the Struggle for Gender Parity.

+ A Week on the Road with a Female Trucker.

+ How Female Computers Mapped the Universe and Brought America to the Moon FUCK YEAH. Thanks Natalie Zarrelli!

+ Women Who Make Art About Other Women.

+ How Can I Teach When My Students Are Packing Guns? by Keffrelyn Brown. “Texas’ new concealed-carry campus law will create an atmosphere of classroom standoff—and make it impossible to have certain conversations.”

+ The Case for Closing Youth Prisons by Kanya D’Almeida.

+ We Need a Decolonized, Not a Diverse, Education by Zoé Samudzi.

Thank You For Being a Friend: The Oral History of The Golden Girls! 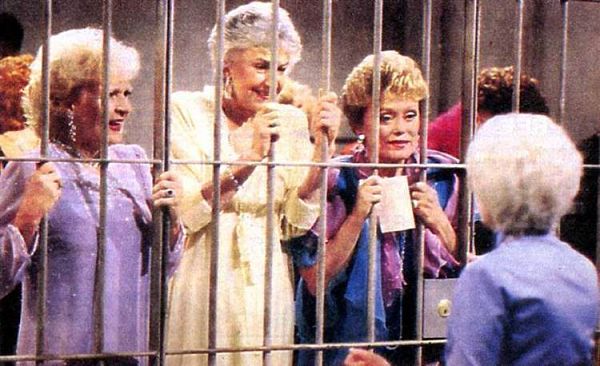