Hey there gorgeous. My dog had an anxiety attack this morning because the wind was blowing. I hope you’re having a better day than she was. Here are some things we missed while I was googling “anxiety + attack + wind + dogs + normal” and eating a yogurt.

You Should Go or Do or Give or Know

+ Help fund the post-production of Slut, a documentary film.

In 2013, Halifax teenager Rehtaeh Parsons took her own life after being raped and ostracized by her classmates. Through the stories of four women who overcame various sexual shaming, this film explores how we can work toward a world where the word “slut” doesn’t even make sense as an insult.

+ Remember when Maddie covered Marichuy Gamino’s detainment in a men’s detention facility and the calls for ICE to free her after failing to respond to her report’s of sexual assault? Funds for her bond have been raised as of yesterday, but there are still plenty of other trans and queer people in detention centers, so anything you donate to this fundraiser will go to help those additional detainees who also need help paying their bonds.

+ You could go to the New York Writer Dykes Event if you were in NY and also a writer and a dyke! Think about it.

+ Did you need some new clothes and are you feeling Tomboyish? Lucky day!

+ Good news: Navy Welcomes Women on Subs, Omits Guy Who Filmed Some in the Shower.

+ Here is a cool profile on Ashe Kilbourne for your eyeballs.

+ Thank you for these Misandrist Lullabies, Mallory you damn genius!

+ Plus-Size Fashion and the Sociologist’s Gaze. “In a new book, Amanda M. Czerniawski details how the fashion industry objectifies plus-sized models. But can sociologists avoid doing the same?”

+ Feel this will come a shock to no one here: Kids Start Struggling With Body Image Issues Earlier Than You May Think by Tara Culp-Ressler.

“I’ve always thought, ‘Why aren’t there sorority house parties? There are only frat parties,’ ” she said to a friend, Dania Roach, a fellow senior. Ms. Roach replied: “I would definitely feel safer at a sorority party. It’s the home-court advantage.”

+ What Is a “Universal Story” Anyway? from Ari Laurel.

+ How People Without Parents Do Money by Chanel Dubofsky.

My own mother taught me how to do laundry, but when she died during my second year of college, I also got a free crash course in how to be a financial disaster. Theoretically, it’s our parents who teach us about money, the technicalities of how to handle it, but also how we might feel about it as a concept and approach it through a moral lens. But what about when our parents die before they can teach us anything? What about when we don’t have parental figures to help us negotiate the world of finances (even though we still benefit from incredible privilege)?

+ Meet the contestants of Ellen’s Design Challenge TV show situation and then think about how jealous you are and then let that jealousy float out of you like toxic gas and fan it into the ether, then eat some falafel because that was hard work and you deserve it.

+ Semi-related: Portrait of a Crazy Cat Person from an 1872 New York Times Editorial.

+ The internet keeps telling me I should care about Charli XCX’s new video for “Doing It” ft Rita Ora, but for me the best part was pretending she was singing “In my butt / In my butt” instead of “In my blood / In my blood” so that’s my tip for you.

Vulture made you a Leslie Knope Wisdom Generator! 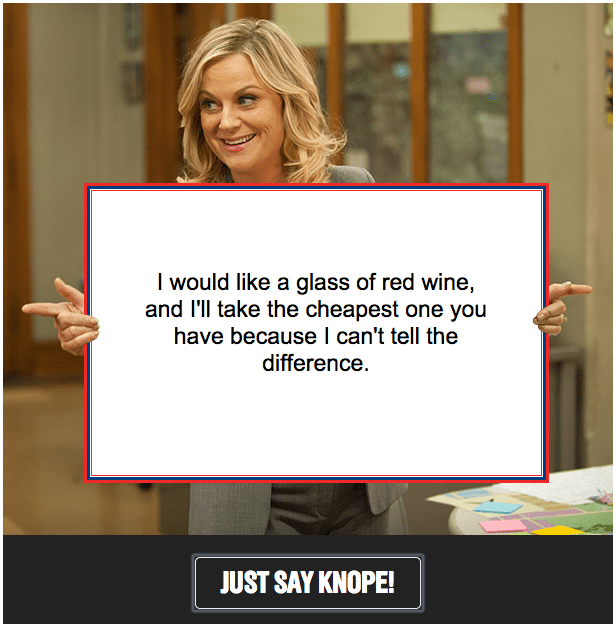