Before we start, I’ll answer the burning question: Is She-Hulk gay? My answer is…it’s complicated. First of all, it’s only been one episode, so even though technically we have no evidence any of the characters are queer, there’s plenty of time for that. Second, Jameela Jamil quite literally burst onto the scene in this episode, and SHE’S queer, so that counts for something. Also, my homosexual heart has been burning brightly for Tatiana Maslany for almost a decade. But my “it’s complicated” answer is because while we don’t know yet how Jennifer Walters would label her sexuality, there’s something very queer about her story.

Before I explain why, a warning: this review will contain spoilers for the first episode of She-Hulk: Attorney at Law. 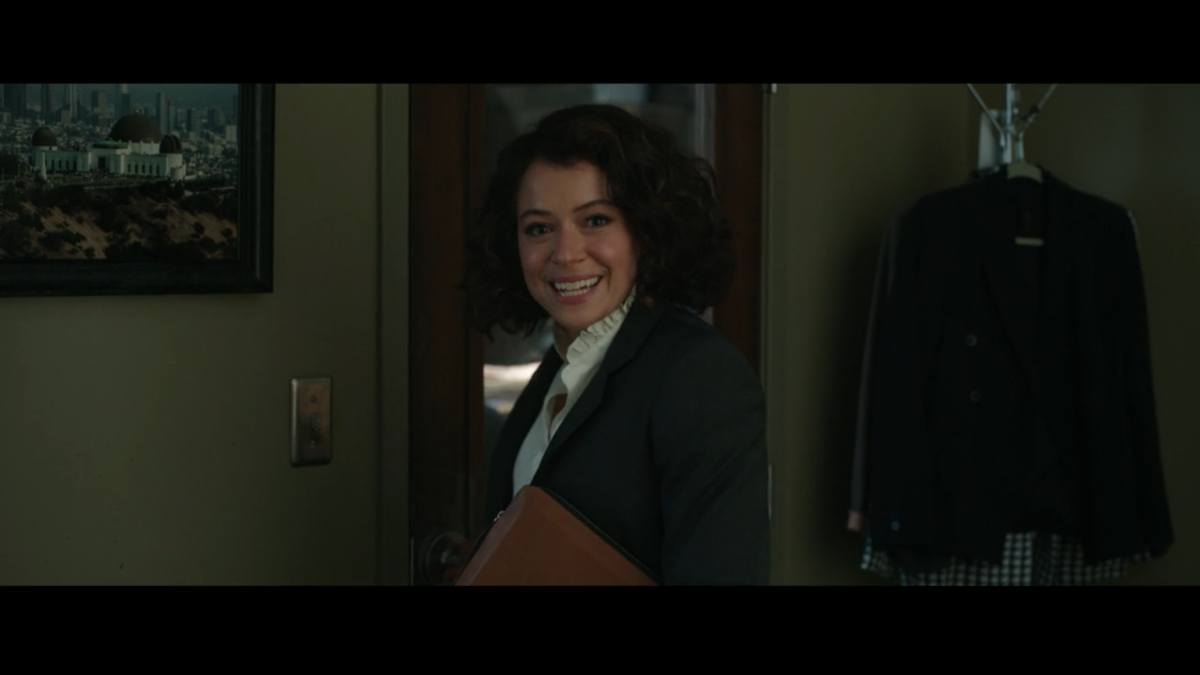 I missed that smile!!!

At first glance, it seems Jennifer Walters has an origin story similar to many others, but this show tells you that it’s going to be a different kind of story right off the bat. First of all, her paralegal, Nikki, with whom she has cute banter reveals that she knows Jennifer can hulk out. Then, Jennifer breaks the fourth wall and talks directly at the audience, telling us that this is going to be a “fun lawyer show.” But first, she’ll tell us aforementioned origin story, otherwise we won’t be able to focus on the law stuff. Which she’s very determined to make us care about.

So we flash back to when Jennifer first hulks out, how she ended up in a bar bathroom looking like hell warmed over. In the bathroom, she’s greeted by women who gave her a makeover and told her to leave her/him/them if they left her looking like this. In stark contrast, as soon as she steps outside the bar, she gets catcalled by men who don’t take no for an answer and start slowly encroaching like a wolf pack approaching prey. She hulks out on them but Bruce knocks her out before she can hurt anyone.

And of course, even though Bruce is a Nice Guy, he immediately underestimates Jennifer. She’s strong as hell and a fast learner and she’s immediately in control of her hulk; his trauma caused him to create two separate identities, something he’s had to wrestle with for years. Jen’s familiarity with rage means her hulk is just an extension of her. She’s in control, because as a very small woman, and especially one in a male-dominated field, she’s always had to be. Because women have to consider things like this, and are acutely aware that too often, your reaction could be the only thing keeping you from physical danger. It’s just the reality of the toxic, patriarchal society we live in. 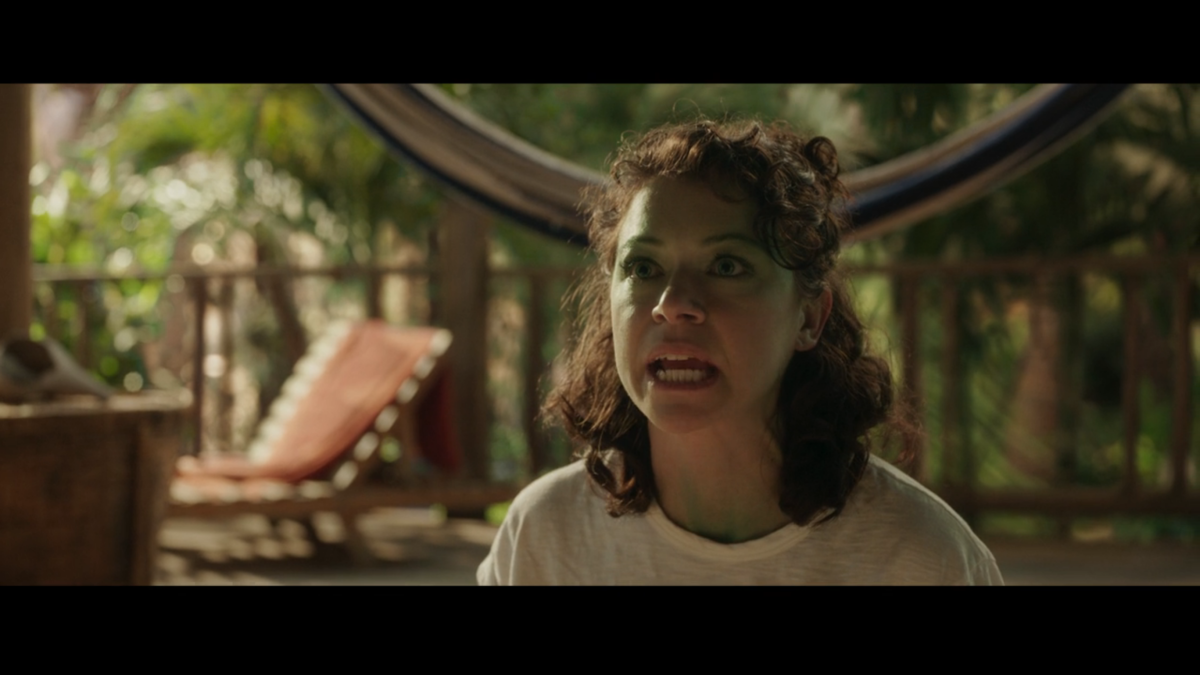 This episode was called, “A Normal Amount of Rage,” which I thought was funny.

This conversation also had similar vibes to elder queers vs baby gays; the world is different now, being superpowered isn’t as rare or hush-hush as it was back in Bruce’s day. And Hulk himself being an Avenger paved the way for another hulk to exist without as much prejudice, but that doesn’t mean Jen doesn’t respect his journey. Their situations are similar, but they are not the same.

(Side note: I now want a parody sketch or fanart/comic strip of She-Hulk meeting a non-binary hulk called They-Hulk and the two of them calling Bruce He-Hulk despite his constant protests.)

Anyway, Jen thinks it’s a good thing she can control her hulking, not only so she’s not a danger to society, but also because she has no intention of ever doing it again. Bruce can’t believe someone would actively choose to NOT be an Avenger, and questions her duty as a powered person; sure, with great power comes great responsibility… but do you have to accept that responsibility? Jen just wants to be a lawyer! Though even in that, it’s a question she poses herself as she gets ready for her case at the start of the episode.

If this were a thesis paper and not a review, this is where I’d dive into a deep analysis of how this applies to queerness. Especially in the age of the internet, when everyone has a platform of sorts, what responsibilities do we have as queer people? What responsibilities do queer celebrities with BIG platforms have to be out? Is it enough to appear as an ally, or do they have a responsibility to come out to normalize not hiding? Does staying in the closet as a celebrity under the guise of “being a private person” perpetuate the stigma of it being something you should hide, or equating sexuality with sex too literally? But on the other hand, is that fair to ask of queer celebrities who are just trying to exist and do their jobs and not be held up to different standards because of who they love? But alas, this isn’t a thesis paper and I do not have the word count to get into all THAT. 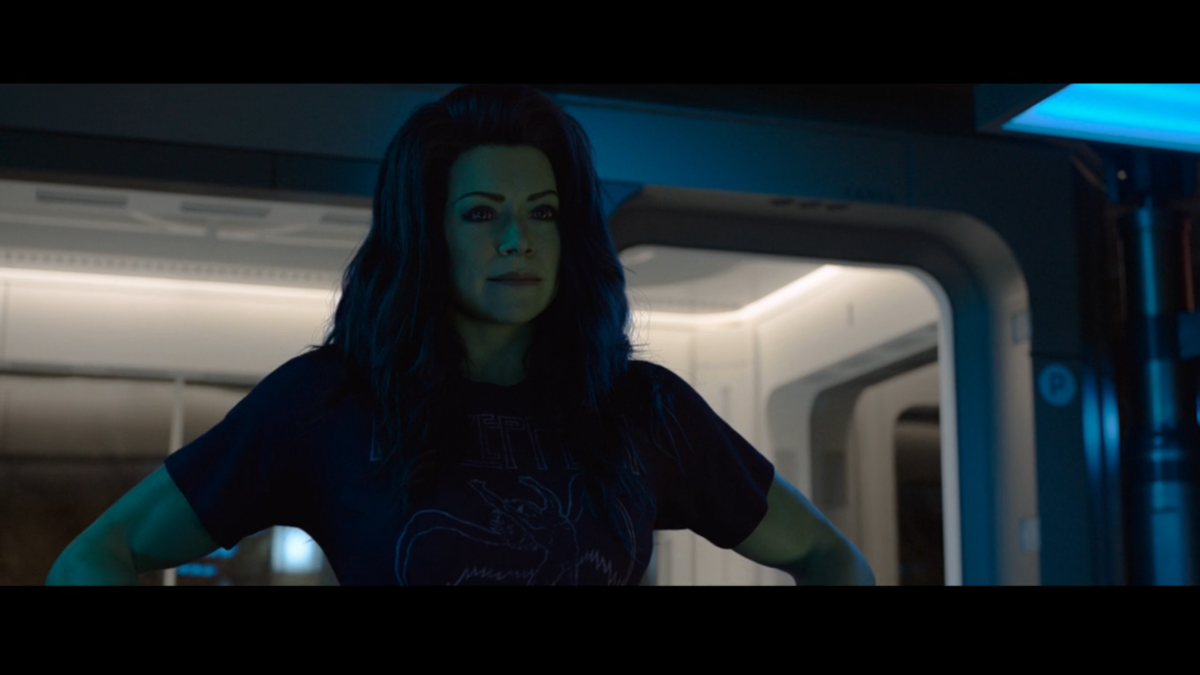 Also, go read Niko’s article about She-Hulk as it relates to transness, please and thank you.

Bruce warns Jennifer that hiding half of who she is is no way to live, and as someone who lived a decade in the closet between realizing with certainty I was queer and coming out, I could have told Jen that hiding it isn’t going to make it any less true. 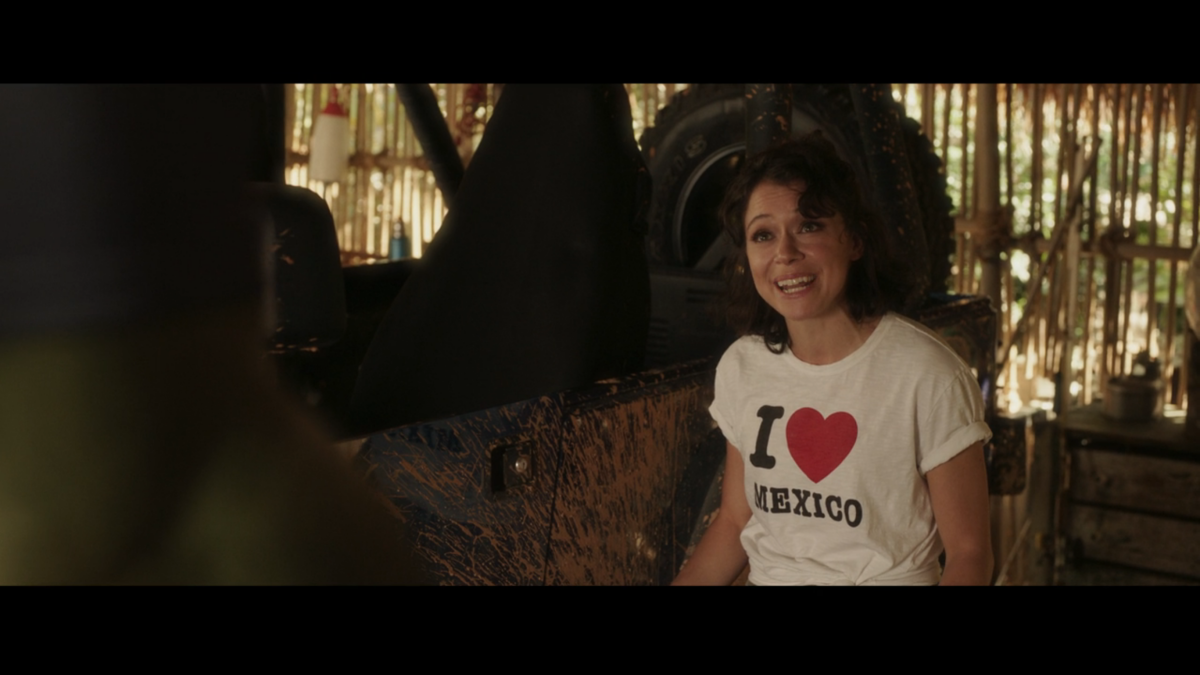 Also I cannot emphasize enough how absolutely itty bitty Tatiana looks next to Smart!Hulk and how freaking adorable it is when she’s looking up at him and sassing this man whose sneeze could send her into orbit.

Overall I had a blast watching the pilot. Every Marvel show takes a different tone but one thing most of them have in common is that even if there are Big Speeches or heavy moments, they all seem a bit… lighter than the movies. And even the character designs feel a little less action hero, a little more comic book. 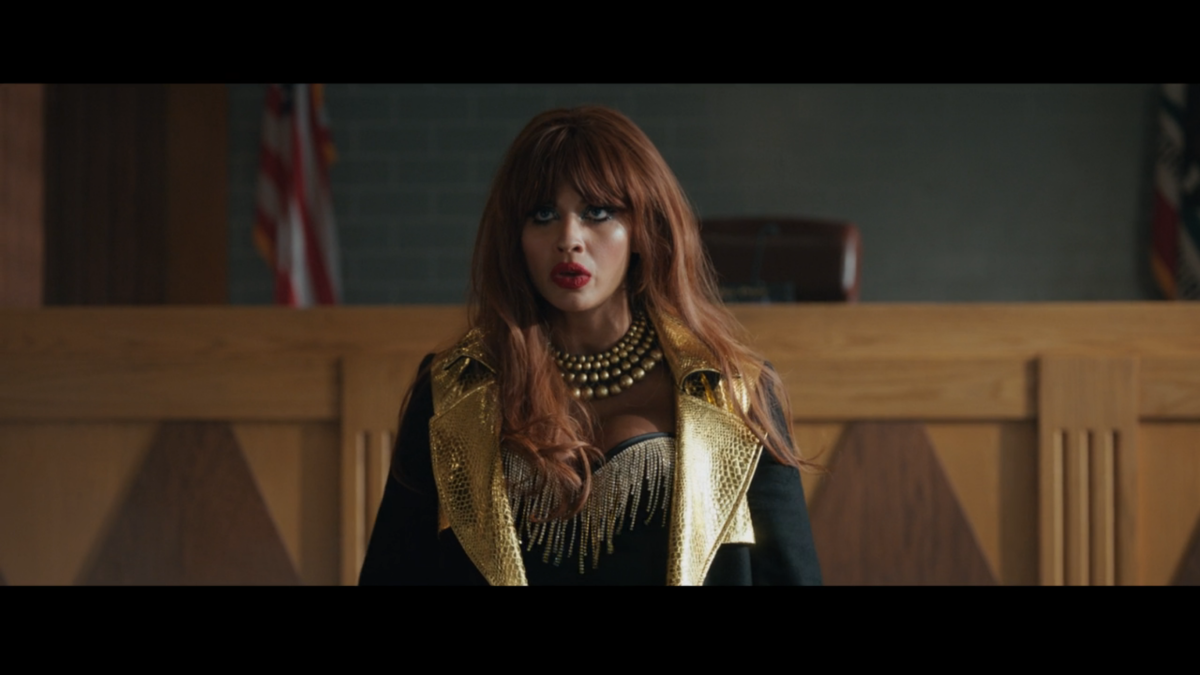 I have a lot of questions about her. Including but not limited to: why bust through the wall instead of storming through the doors?

This show is no exception. Jen is funny and cute and somehow despite the fact that Tatiana Maslany played 900 characters in Orphan Black alone, Jennifer Walters feels like a brand new player. (Also, the post-credit scene made me laugh out loud alone in my apartment.) The show has character and it’s fun and frankly I can’t wait for more.