Are you watching Doctor Who? You probably should be. See, Doctor Who first began airing on the BBC in 1963 and is the longest running and most successful science fiction television show in the world. Eleven actors have portrayed the Doctor and the show has been the basis for several spin-off series, most notably Torchwood. The show follows a mysterious alien (a Time Lord, the very last Time Lord actually) called “The Doctor” on his adventures through all of time and space. He sets out to right the wrongs, free the enslaved, and usually, stop alien forces from taking over Britain/the Universe. Does it sound completely ridiculous and geektastic? That’s because it is. And that’s why it’s so great! 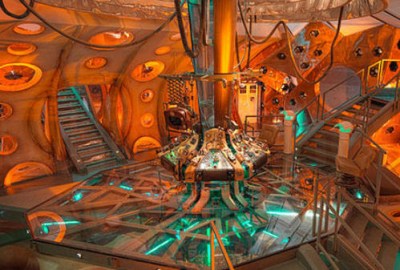 TARDIS is an acronym for “Time And Relative Dimension(s) In Space” and it is the Doctor’s time machine. The TARDIS was once able to change its outer appearance to better blend with wherever the Doctor happened to land; but it’s been stuck in the form of a 1950’s police call box for as long as we’ve known it. Vintage, yes, but a bit conspicuous. The TARDIS is obviously the classiest way to travel through all of time and space. It’s much bigger on the inside that it might appear, you know, since it’s a telephone booth. There’s even a pool in there somewhere! 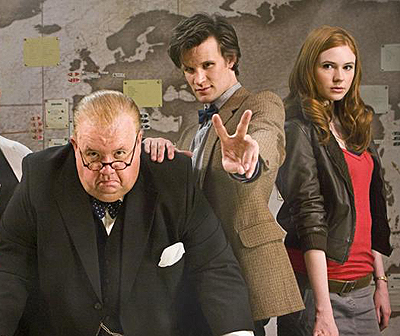 The Doctor gets around. He made a cameo at Pompeii on the day shit went down. He’s even seen the last day of Earth’s existence, and pretty much every moment in between, before or around any historical happening you can think of. When you’ve got access to all of time and space, there’s not much you’re confined to. Throughout their travels, the Doctor and his companions often find themselves brushing shoulders with history’s VIPs. I’m talking everything from chillin’ with William Shakespeare to sleuthing along side Agatha Christie. And that’s just a taste of the stuff in our dimension.

Our intrepid adventurer is hopelessly inquisitive. And while curiosity may have killed the cat, it only lands the Doctor in the middle of ridiculous situations. In the above clip, he is reunited with Donna Noble who, as it turns out, has been looking for him whenever something weird turns up. This time she finds him when trying to discover the secret behind Adipose – a weight loss pill where “the fat just walks away!” Comedienne Catherine Tate is brilliant and the banter that passes between the two of them is nothing short of perfect. 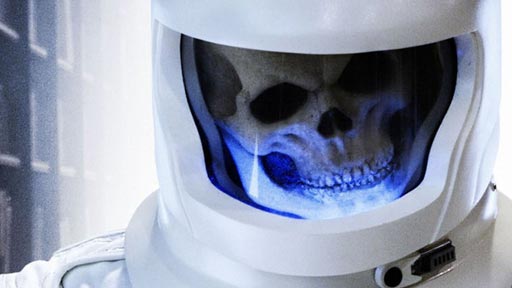 Now, that guy might not look very intimidating, but that is what happens when you stand too near the shadows. Vashta Nerada is a practically universal carnivorous swarm that literally means “the shadows that melt the flesh.” Oh… okay! Now imagine he’s chasing you and shouting, “Hey! Who turned out the lights?” Ask any Doctor Who fan and they will tell you that, out of all the fiends, the ones that scared them the most were the Weeping Angels, the Empty Child and definitely the Vashta Nerada. 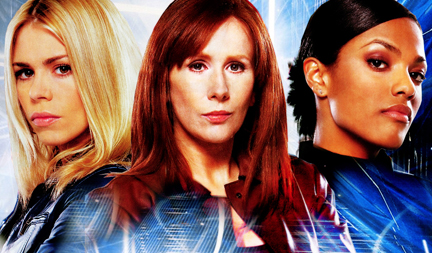 The Doctor is very old, very nearly immortal and he can come and go anywhere as he pleases. If there’s one thing a man like that needs, it’s something to keep him grounded. Enter his harem of attractive young travelling companions. Even Kylie Minogue came into his world for an episode. Like I said, the Doctor gets around. 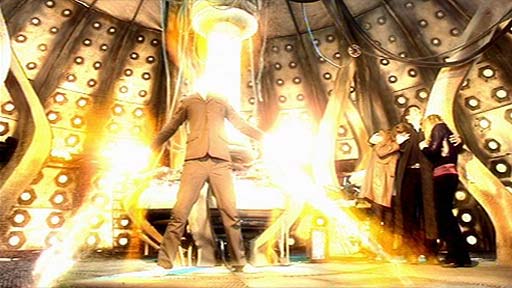 When the actor portraying the first Doctor announced his departure in the 60’s, the writers were forced to come up with a clever way to keep the show going. The solution was simple: have the Doctor regenerate into a new body when he is near death. While he retains all of his memories, the Doctor becomes a new man with new quirks every time around. David Tennant (Harry Potter nerds, you may know him from The Goblet of Fire) just ended his four year run as the 10th Doctor and regenerated into Matt Smith. Smith’s been able to preserve some of Tennant’s most beloved qualities while still making him his own man. Just imagine what could lie in store for The L Word if Jenny regenerated! Maybe she did, and we just don’t know? Creepy. 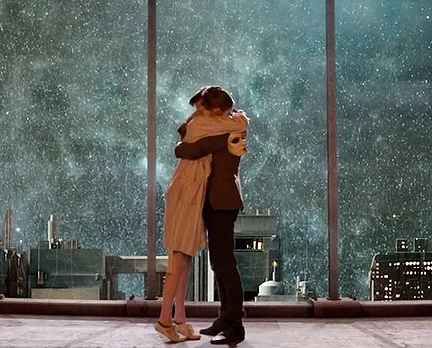 One thing Doctor Who does not lack is heart. (Literally. He has two.) The Doctor is full of compassion, which is arguably equally important. There are no lengths to which the last Time Lord will not go to make things right and rescue various people in peril throughout space and time. You’ll come to love the character.

The Doctor himself said it best, “Outside these doors, we might see anything. We could find new worlds, terrifying monsters, impossible things. And if you come with me… nothing will ever be the same again!”

So go on! What’re you waiting for?
The new season of Doctor Who airs on BBC America Saturdays at 9pm EST and is also available on iTunes. And if you need to play catch up, you can watch episodes free online at DoctorWho-Episodes.com

Rachel has written 4 articles for us.